This is the dive excursion of a lifetime and is primarily designed for divers however snorkelers are more than welcome to join the expedition. Explore Lady Elliot Island reefs, Lady Musgrave reefs and lagoon, Fairfax Island reefs and topping off the tour is wreck dives on the ex-HMAS Tobruk. Your adventure departs from Hervey Bay in in southeast Queensland with at least 10+ dives/ snorkels over 3 nights/4 days, including a night dive. Diving from our motor sailing dive vessel Advance II, you will be guided by our experienced and passionate dive instructors and dive masters.

Travelling through the night will have up and about nice and fresh for the daily activities.

Visibility can anywhere between 10m up to 40m depending on the time of year and of course weather conditions and on the outer reef depths will range between 10-25m and inside the lagoon between 2-8m. The ex-HMAS Tobruk dive will take you to 31m.

The Southern Great Barrier Reef hosts the most amazing array of sea life and in particular the manta ray populations at Elliot and Musgrave. During winter months the majestic Humpback whales can be encountered as they hang out on their migration from Antarctica.

Lady Elliot Island is a coral cay located at the southern tip of the GBR and is situated within a highly protected ‘Green Zone’. The coral cay is a sanctuary for over 1,200 species of marine life and is known for its abundance of manta rays, turtles, amazing array of spectacular marine life and unspoilt coral reef.

Lady Musgrave lies 23nm north of Lady Elliot Island and is surrounded by a vast turquoise lagoon. Set on 3000 acres of living reef, the protected lagoon stretches eight kilometres around the island. The island is built entirely of coral polyps and is covered in dense Pisonia forest, She-Oaks and Pandanus trees. Other than a walking trail through the forest, composting toilets for campers and a ‘lighthouse’, the rest of the island remains completely untouched.

Fairfax Islands is a pair of small coral cays, both of which have been used as a bombing range in days gone by; They are located just a few miles north of Lady Musgrave Island. The marine life and reef structures are like that of Musgrave, and it is this location where the tour experiences a ledge dive and drop off.

HMAS Tobruk (L 50) was a 127m Landing Ship Heavy (LSH) of the Royal Australian Navy (RAN), based on the design of the Round Table-class of the British Royal Fleet Auxiliary. She was sunk in Great Sandy Marine Park in 2017 and is now considered one of the best wreck dives in Australia. She sits in 30m on the sand bed and is resting on her starboard side which makes her a fantastic dive site. The ship is located 25nm north of Hervey Bay.

Your expedition vessel Advance II is a 18m, 60-ton motor sailing ketch. This little ship was strongly built for extended cruising by Owen Griffiths and has worked from Port Stephens to many areas of the GBR. She is powered by a reliable 6LXB Gardner and a ketch sail plan with 6 sails. She is not a speed boat hence why all the travelling is undertaken while you are sleeping through the night

Each cruise will have 3 crew to look after you and your needs.

The principal skipper is Ed Gibson who hold a Master V, MED2 and is also an offshore Yacht Master (Ocean). Ed has sailed on all the world oceans with some 60,000nm to his log. Ed is also an avid diver and will take every opportunity to get into the water.

Other than the Captain, the remaining 2 crew members will be either Matt, Grant, Shohei or Rachel and all are dive instructors or dive masters.

The accommodation is typical for this style of expedition sailing vessel; comfortable, shared and communal. Our adventure experience is all about the diving, food and fun! If you want butler and spa service this will not be the boat for you.

The forward cabin comfortably sleeps 4 in bunk configuration with the top bunk convertible to a double. There is a toilet and shower is the forward cabin.

The aft cabin also sleeps 4, 2 in bunks and one double and has a toilet and shower.

In the saloon there are a further 2 bunks.

Crew sleeping quarters are on the upper deck.

Send us an email 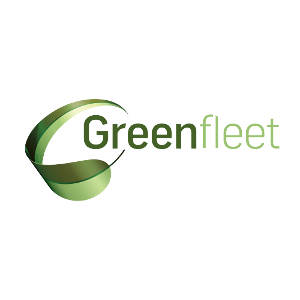